WHAT? A BREAST TOUCHING FESTIVAL?


Believe it or not there is really such a festival in a town in the province of Yunnan in China.

Read the article below to find out more.

Breast-Touching Festival is on in China

The Chinese have entered the seventh month of the Lunar calendar, known as the Hungry Ghost month, which began July 31.
This period is considered unlucky for many Chinese as they believe that the ghosts are allowed to return to the human realm as the Hell Gate opens throughout the month.
While the Buddhists and Taoists prepare offerings for the homeless ghosts, a minority tribe in China has its own interesting celebration.

A signboard about the festival is seen on a street in Ejia town
The Yi people in Ejia town of Yunnan province, who are still single, will head to the streets for the Breast-Touching Festival (Monai Jie) on the 14th, 15th and 16th day of the month.
On these days, the men are welcome to touch the women's breasts.
Legend has it that the festival began around the Sui Dynasty (AD 581 – 619) when most of the teenagers of the Yi tribe were forced into the army and died in war.
The people then carried out prayers to commemorate the dead, and it happened that the ceremony was held in the seventh month.
According to the wizards, the dead were in a state of unrest because they had not touched a woman before.
And so, they wanted 10 "pure and untouched" ladies to accompany them in the afterworld.
In a move to prevent them from being chosen, the single women – aged 15 and above - then asked the men to touch their breasts, and the custom was passed down for generations. 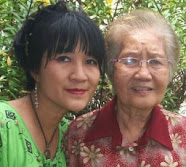 Miss Cheah
I am just an ordinary Malaysian teacher who loves blogging and taking photographs.

The creator of Xing Fu shall not be liable for any loss or damage caused by the usage of any information obtained from this blog. She is also not responsible for the contents of any off-site information referenced.

A PICTURE OF ME 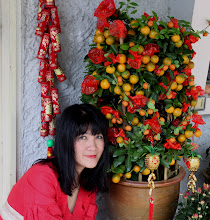